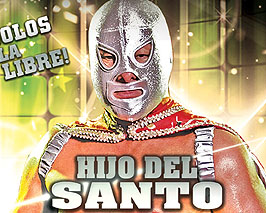 A great way to start the weekend! Standing in the way of these Lucha Libre idols are La Migra® – starting with El Patron – Oliver John and Bryan Cage and Derek Sanders!

Pro Wrestling Revolution celebrates our 5 Year Anniversary on this show. It has been a roller coaster of  emotions, but very proud of where we are at now and even more excited to what the future holds for us. We have had many wrestlers and faces make their way in our company, and we thank them all, as they all have played a part in our path in reaching 5 years.