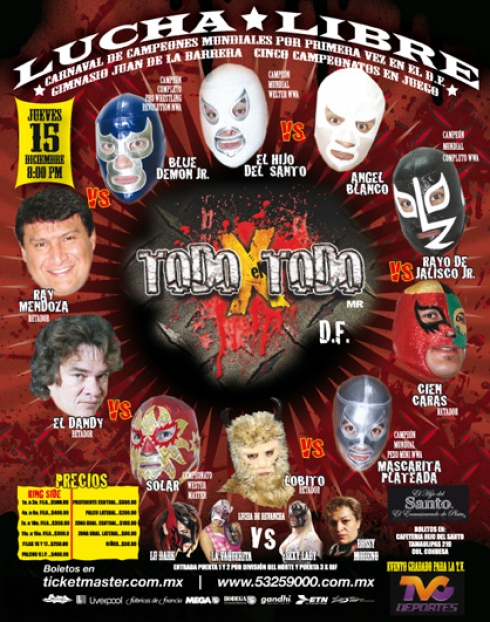 Ray Mendoza Jr is a Mexican professional wrestler who has performed under the name Villano V until he was unmasked on March 20, 2009, after which he became known as “Ray Mendoza, Jr.”. Mendoza and is part of the Mendoza family, a well known Mexican wrestling family that includes all five Villanos. Since making his debut in 1976 Mendoza has wrestled for every major Mexican wrestling federation including Universal Wrestling Association, Asistencia AsesorÃ­a y AdministraciÃ³n and Consejo Mundial de Lucha Libre. He also worked for the United States based World Championship Wrestling (WCW). While being popular in Mexico, he frequently worked as enhancement talent in WCW, usually appearing on secondary shows like WCW Saturday Night.

We wish Blue Demon Jr. the best of luck in his match and our excited to be having continued Word exposure to our title!