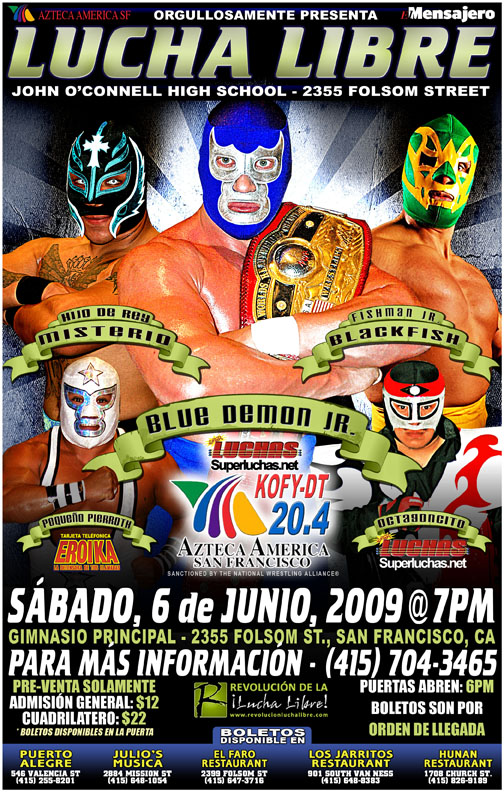 Pro Wrestling Revolution returns to San Francisco with its biggest show yet. The feud between Oliver John and lucha libre legend, Blue Demon Jr. continues, and it will continue at John O’ Connell. Â Every since his victory over Gangrel in November of 2008 in San Jose, Oliver John has been on a vendetta to take on Blue Demon’s NWA World’s Title, and has gone on to call himself the real World’s Champion. The NWA Heritage Title is now in the hands of Oliver John, making him a double champion in the National Wrestling Alliance, onlyÂ fuelingÂ his fire.