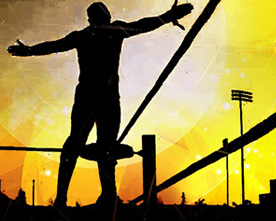 Happy Holidays! The Pro Wrestling Revolution Training Academy’s in the holidays spirit and has an offer than can not be passed up. If you want to make your Dreams into Realityâ„¢ and become a professional wrestler, now is the time. 2 FOR 1… thats right, 2 of you can join for the price on 1!

With the opportunities to take part in PPVs, a weekly television show, wrestling shows out of the state and so much more, it all start with your trainer.Â Be trained at the Academy by the best trainers in the area, second to none.

We look forward to making yourÂ Dreams into Realityâ„¢. To find out how to take advantage of this special, fill out our online application.