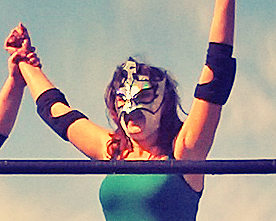 The Athleticsâ€™ name originated in the term â€œAthletic Clubâ€ for local gentlemenâ€™s clubsâ€”dates to 1860 when an amateur team, the Athletic (Club) of Philadelphia, was formed. The team later turned professional through 1875, becoming a charter member of the National League in 1876, but were expelled from the N.L. after one season. A later version of the Athletics played in the American Association from 1882â€“1891.

This is makes it the second time Pro Wrestling Revolution works with Major League Baseball (MLB), as we have worked with the San Francisco Giants and now the Oaklandâ€™s Athletics. We look forward to working with the Oakland Athletics next year.