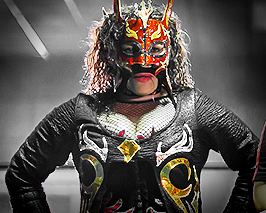 Pro Wrestling Revolution, as a company, has come to a decision that was very difficult but at this moment, current Pro Wrestling Revolution Woman’s Champion – La Diabolica has been stripped of her world title. The reasons behind this decision are something we are going to respect the wishes of La Diabolica, and keep private. As hard it was, we needed to make the decision to what is best for the belt and the company.

We wish La Diabolica the best and hope we can cross paths again in the near future. . She is by far underrated in the world of woman’s wrestling and we are proud to have had her as one of our champions.

The Pro Wrestling Revolution Woman’s Title, for the first time is vacated. We are looking to decide on what is next in line in order to continue the prestige of this world title.