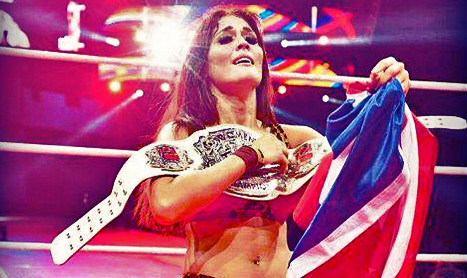 Blue Demon Jr. came out victorious over Oliver John, but came out with a torn ligament in the end. The feud between these continues, 4 year later. Alissa Flash, put Ivelisse Vélez through a vicious beating from start to end, but the arrogance of not taking the winning pin, came back to haunt her and cost Alissa Flash her World Title. The rematch will take place May 10-11 for our double shot weekend.

This show was available for iPPV on www.highspots.com on Sunday and will be replayed for all to watch again or for the firs time this week. We are thankful to WWL for the opportunity to have our presence made in such a great event  and help promote our brand to the rest of the world!