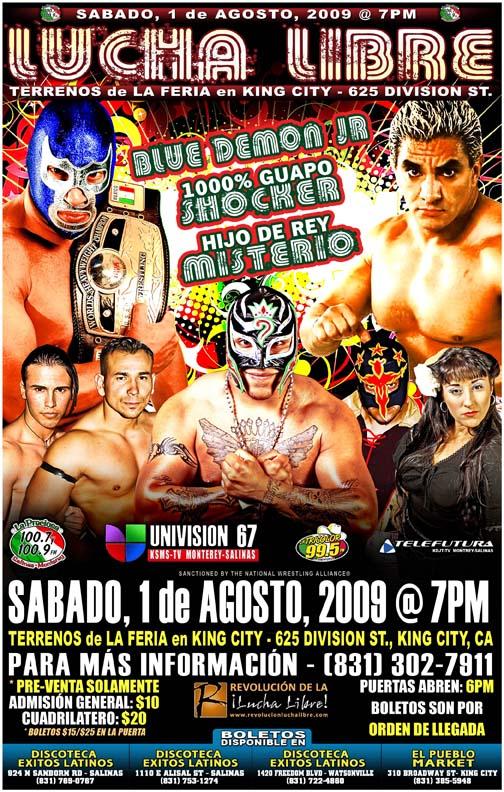 Pro Wrestling Revolutions returns to King City on August 1st with a great show. This show has the return of Blue Demon Jr. to King City, and the debut, of one of Mexico’s most popular stars, 1000% Guapo – Shocker! The fans of King City asked for the rematch when we last were there in February, and if that is what they want, that is what they are going to get.

The ongoing feud between NWA World Heavyweight Champion Blue Demon Jr. and Pro Wrestling Revolution Heavyweight Champion Oliver John is now carried itself to a new level. Once they had their cage match, many thought that was the end of it, but it seems it is far from the truth. The NWA has taken notice and we hope they can help in this matter.

%1000 Guapo – Shocker has wrestled all over the world, including stops in TNA here in the United States. His first match with Revolution is by far going to be a big battle and we look forward to seeing the best of both competitors.