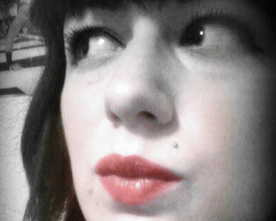 I was always a nervous child. Iâ€™ve had an anxiety problem for as long as I can remember. I was never the kid climbing up the big scary jungle gyms, exploring the world; I sat on benches watching my peers with wide eyes, frightened beyond belief. I was always afraid to get hurt, fearing the worst of each and every possible situation; needless to say, I didnâ€™t spend much time being a kid when I was little.

The one violent thing I was always drawn to was wrestling. I grew up in the Attitude Era, and my parents didnâ€™t think it was appropriate for me to watch Stone Cold Steve Austin chugging beer and flipping the bird to authority figures. Regardless, Iâ€™d spend most nights hiding in the darkness of the hallways between my room and the living room, watching as much of the show as I could before my parents found me and put me back to bed. Eventually, they gave up trying to keep me away and just let me stay up and watch. I was enamored by the likes of Triple H, Stone Cold Steve Austin, The Rock, The Hardy Boyz; I thought they were the bravest and craziest men in the world. I was in love. I thought that maybe even I could be like them, one day. If I wasnâ€™t so afraid, I could jump from the top rope in an arena full of people and they would cheer me. I tried a little harder to stop being so scared, and it worked. I made friends, I got hurt and I got back up and kept going. It wasnâ€™t the end of the world. If Matt Hardy could do it, so could I.

I kept the thoughts of being a professional wrestler to myself going into high school. I got involved in acting; I loved it and even considered getting a degree to teach Theatre. I was blissfully happy being young and having fun; the only times I thought about wrestling were falling asleep looking at my old faded Stone Cold Steve Austin poster or catching it on TV passively. I was too busy being a popular kid to remember my childhood dreams, I was too happy laughing about whatever pop-culture my friends were into to recall what had brought me out of my shell as a child. I wasnâ€™t afraid because things were great, I didnâ€™t need my security blanket; I thought Iâ€™d outgrown wrestling.

My junior year of high school, my parents lost my childhood home of 11 years. We had to pack up everything we could as quickly as we could and get out to anywhere else. I left a lot of things behind, including my old poster. The four of us and our cats stayed in a small hotel room with two beds for what felt like forever. Iâ€™d sit in the bathtub and cry, have anxiety attacks; pretend everything was okay when I was at school and stay up all night unable to sleep in a bed that wasnâ€™t my own.

I remembered picking up the remote one day while everyone else was out. Iâ€™d been curled up in bed crying, and I just couldnâ€™t take it anymore. I flipped the channels on the small TV until I caught it. Wrestling. I didnâ€™t recognize the guys, but it was just like Iâ€™d remembered. I couldnâ€™t believe Iâ€™d forgotten about wrestling, the one thing Iâ€™d found solace in as a child; and I let it take me in again that day.

It was a dare that got me seriously thinking about going to wrestling school. A playful jest from a boyfriend of the time, that he and I should both get fit like the men and women they employed and become wrestlers together. I took it quite seriously, hitting a gym I hadnâ€™t seen in three years again at the heaviest weight of my life. I made it my focus, spending days online looking for tips on how to become a wrestler. I met a gentleman at my job one day who told me about Pro Wrestling Revolution; that schools existed all over the bay area but that I needed to check out this one. I looked it up, and looked all over the page; checking out all the things they were doing and offering. I looked at myself, and I said I wasnâ€™t ready yet. I still weighed too much, I didnâ€™t look good enough to start; theyâ€™d probably turn me away because I wasnâ€™t a model. I spent another few months in the gym, eventually breaking up with the guy whoâ€™d gotten me started on this journey; and slowly getting more restless. Iâ€™d stare at Revolutionâ€™s online application at least once a week, wondering when Iâ€™d ever be ready to fill it out.

Almost a month ago today, I finally did it. I knew if it wasnâ€™t for me, Iâ€™d sure as hell had better find out sooner than later. Gabe called me later that evening, when I was on my way to the gym. I hopped in the car and came to class that night. I watched the guys, everything they were doing looked so scary. Iâ€™d never done anything remotely that crazy before, and I didnâ€™t know if I could do it. Despite the familiar fear and anxiety putting my stomach in knots, I got up into the ring that night with two of the advanced guys and they attempted to show me how to take a fall. I hit my head, hard. Scared the hell out of myself (and them), had instant headache; thought I was going to have a concussion. But I got up, and tried it again. It was hard to leave the ring that night, not because of injury. I wanted to learn more, I couldnâ€™t wait for my next chance to hurt myself.

Training, so far, has been the most ultimate test of my resolve Iâ€™ve ever had in my life. The things we do bring out that nervous child in me like nothing else, Iâ€™ve been brought to anxiety ridden tears once and it probably wonâ€™t be the last time. But my trainers do not let me give up; they push and push until I do exactly what they wanted me to. They donâ€™t let my anxiety stop me from learning, and I thank them for it. Each of the trainers, Kafu, Justin, Robert, Gabe; they all encourage growth at oneâ€™s own rate. They donâ€™t ever treat me differently because I am the only woman in my class, they push me as hard as the boys and I appreciate that. Each trainer comes with a different skill-set, a unique way of thinking and being that makes this school the best choice for anyone who wants to become a wrestler, and be a damn good one. The slogan of this school is â€˜Dreams into Realityâ„¢â€™. And thatâ€™s the truth. Everyone here, students and teachers, are making their dreams into a reality every single day. Iâ€™m not letting an anxiety disorder stop me. Iâ€™m not giving up until my dream is a reality. If this is what you want, donâ€™t let anything hold you back.