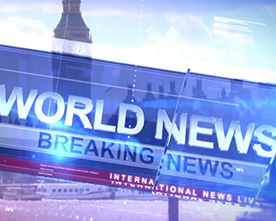 Skeletons in politicians closets are nothing new and revelations of previously unknown children from previous, or current, relationships are not unheard of.

Perhaps one of the better known recent cases involves former California Governor Arnold Schwarzenegger and the child he fathered with his family’s housekeeper.

The young man, who currently is only referring to himself publicly as “Hijo De Trump” has chosen quite the interesting nickname. One of the Presidential candidates primary platforms is minimizing illegal immigration from Mexico and deporting so called “anchor babies,” children born to parents who Trump claims only cross the boarder to have their babies in the United States, thus making them automatic citizens. Repealing the constitutional right to automatic citizenship for those born on U.S. soil and building a giant wall to keep Mexicans from crossing the border have become hot button topics among the U.S. Hispanic community.

So, some may find it ironic that his alleged child is choosing to refer to himself using the Spanish term “Son of Trump.” Perhaps a ironic as Trump’s own anti-China manufacturing stance while his own line of mens’ neckties is manufactured in the same country.

It is yet to be known if the young man claiming to be the son of the entrepreneur turned presidential candidate truly is of Hispanic descent on his mother’s side or if he is choosing to simply push the billionaire’s buttons while he waits to come forward publicly. In a recent statement sent to media outlets “Hijo De Trump” has stated that he will come forth publicly and reveal both his identity and how he came to believe that Trump was his father at a press event in California in early October.