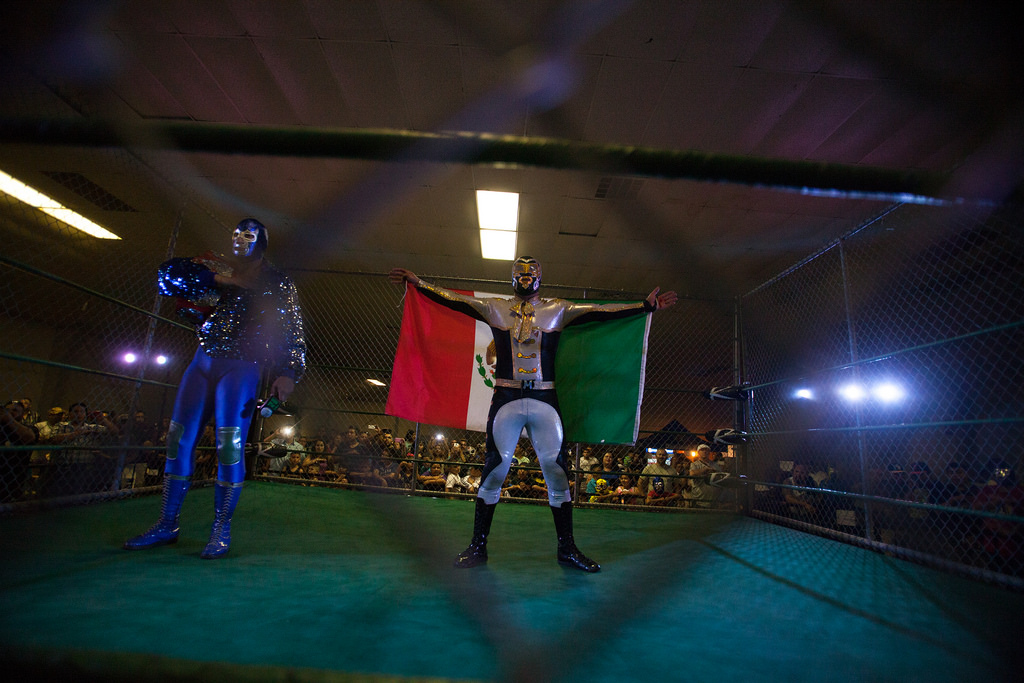 Pro Wrestling Revolution returned to Turlock with a huge show set and it delivered on levels.  The continued win streak for Kung Fu Hustle, the debut of Colt Stevens, the new look of the Border Patrol™ continues to evolve, the debut of Super-Mex” Hernandez, and the main event of a tag team Cage Match.

The tag team of El Mariachi and Pro Wrestling Revolution World Heavyweight Champion Blue Demon Jr was a perfect match up for La Migra™ Bryan Cage and Derek Sanders. What nobody expected was the mind games that were played and left El Mariachi vulnerable and ultimately was defeated.

We will see you next year!