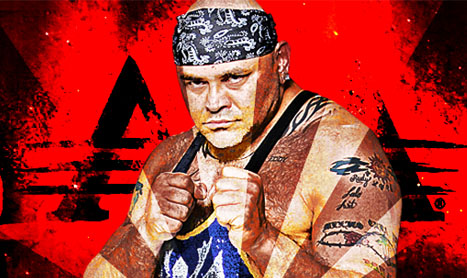 Masked Republic, the world’s only company “dedicated to the expansion of lucha libre beyond the borders of Mexico,”™ established a developmental system in the United States to prepare and develop pro wrestling/lucha libre talent not only for their own events and productions, but for those of their business partners and associates as well. Two of the centerpieces of the Masked Republic development system are Northern California’s Pro Wrestling Revolution promotion and their Pro Wrestling Revolution Training Academy. Now, for the first time, lucha libre power broker and AAA producer Konnan will head to the Academy in San Jose to evaluate talent for potential use for Mexico’s top promotion.

At this special seminar and tryout, wrestlers will be able to get insight from the lucha legend and former WWF/ECW/WCW star into how to make the transition inside the ring from the American/traditional style of pro wrestling to lucha libre as well as what the company will be looking for from potential new roster members as the company expands operations to include television and live events in the United States in 2014.

For each wrestler who participates, the tryout will consist of a short promo as well as participating in one or more matches which will then be critiqued and feedback provided. At the end of the session, Konnan will choose one participant who will be invited to come to Mexico and wrestle on a minimum of two house shows for AAA as part of an extended tryout.

The seminar/tryout will take place on Saturday morning, September 14, 2013 at the Pro Wrestling Revolution Training Academy in San Jose. Participants should plan to attend the entire session from 8 AM to 1 PM. The cost to pre-enroll in the seminar/tryout is $100. If any additional slots remain they will be available on September 14th at a cost of $125. Space will be limited to a maximum of 40 wrestlers, so early pre-enrollment is encouraged.

“We are extremely excited to be able to present this incredible opportunity to wrestlers, not just from Northern California but anywhere in the world, to join us in San Jose on September 14th to get inside one of the most influential and creative minds in Mexican wrestling and to be seen in the ring as AAA looks to inevitably expand it’s roster in the year to come,” said Masked Republic CEO Ruben Zamora. “Our relationship with the Roldan family and AAA, and our decade plus relationship with Konnan give us a very unique opportunity which combined with our dedication to the development of tomorrow’s lucha libre stars makes this one-time event a great win for everyone involved.”

“I could not be more proud that Masked Republic and Konnan have selected our Pro Wrestling Revolution Training Academy to host this seminar/tryout,” said PWR owner/promoter Gabriel Ramirez. “We have worked hard to build our reputation as one of the world’s premiere lucha libre training facilities outside of Mexico and look forward to not only having or own students and graduates shine in front of Konnan but to be able to open our doors to the talented performers who will come into our Academy for their chance to be seen.”