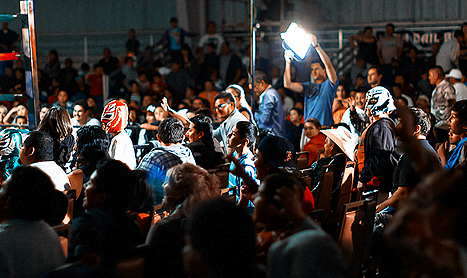 A very proud moment in our company and thankful for all of the people who have supported us, the wrestlers who believed in our vision and the countless sponsors.Â Thank you for believing, and we delivered a show that Watsonville will never forget