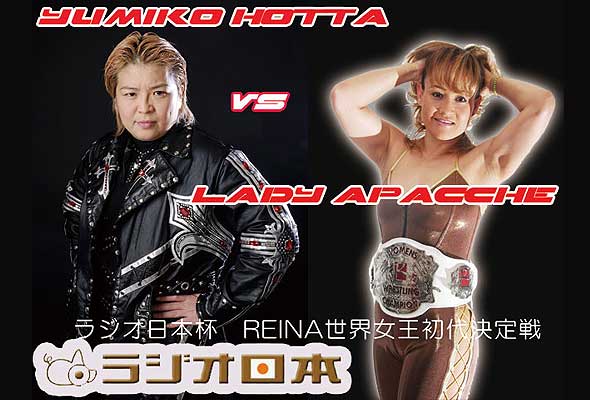 Her first opponent has been named, and she meets, Yumiko Hotta, a 26-year veteran who is considered one of the toughest females in the history of joshi. She competed primarily in All-Japan Women until it closed, and also has promoted shows her self.

By far a great match and we are envious of all who have the opportunity to see this match live. Â We are thankful for the exposure our Womans Title is getting, as it makes it way to Japan… getting World Exposure!